Lists Negative indexing How to slice the lists in Python? Mutate or add elements to a list How to delete remove the particular or all elements from a list?

Python was mainly found in the late 1980s by Guido van Rossum at Centrum Wiskunde & Informatica(CWI) in the Netherlands. Python was mainly inspired by SETL which is capable of exception handling and interfacing with the Amoeba operating system. At first, it was started as a hobby project because he was looking for an interesting project to keep him occupied during Christmas

implementation, started the first time ever in December 1989. Van Rossum took sole responsibility for the project, as the lead developer of Python till 12 July 2018, when he announced his "permanent vacation" from his responsibilities as Python's Benevolent Dictator For Life, a title given by the Python community, bestowed upon him to reflect his long-term commitment as the project's chief decision-maker. He now shares his leadership along with a five-person steering council. In January 2019, active Python core developers have elected Brett Cannon, Nick Coghlan, Barry Warsaw, Carol Willing, and Van Rossum to a five-member "Steering Council" to lead this project. Since then, Guido van Rossum has
withdrawn his nomination for the 2020 Steering council. 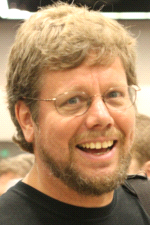 Python 2.0 was first ever released on 16 October 2000. It had many new features like the cycle-detecting garbage collector and the real support for Unicode.
Python 3.0 was released on 3 December 2008. The Release of the Python 3 had a special utility that translates the doe of Python 2 to Python 3. 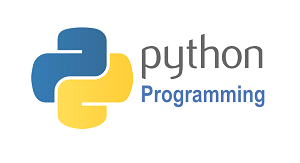 the following flowchart depicts the development of the Python programming language as a whole: 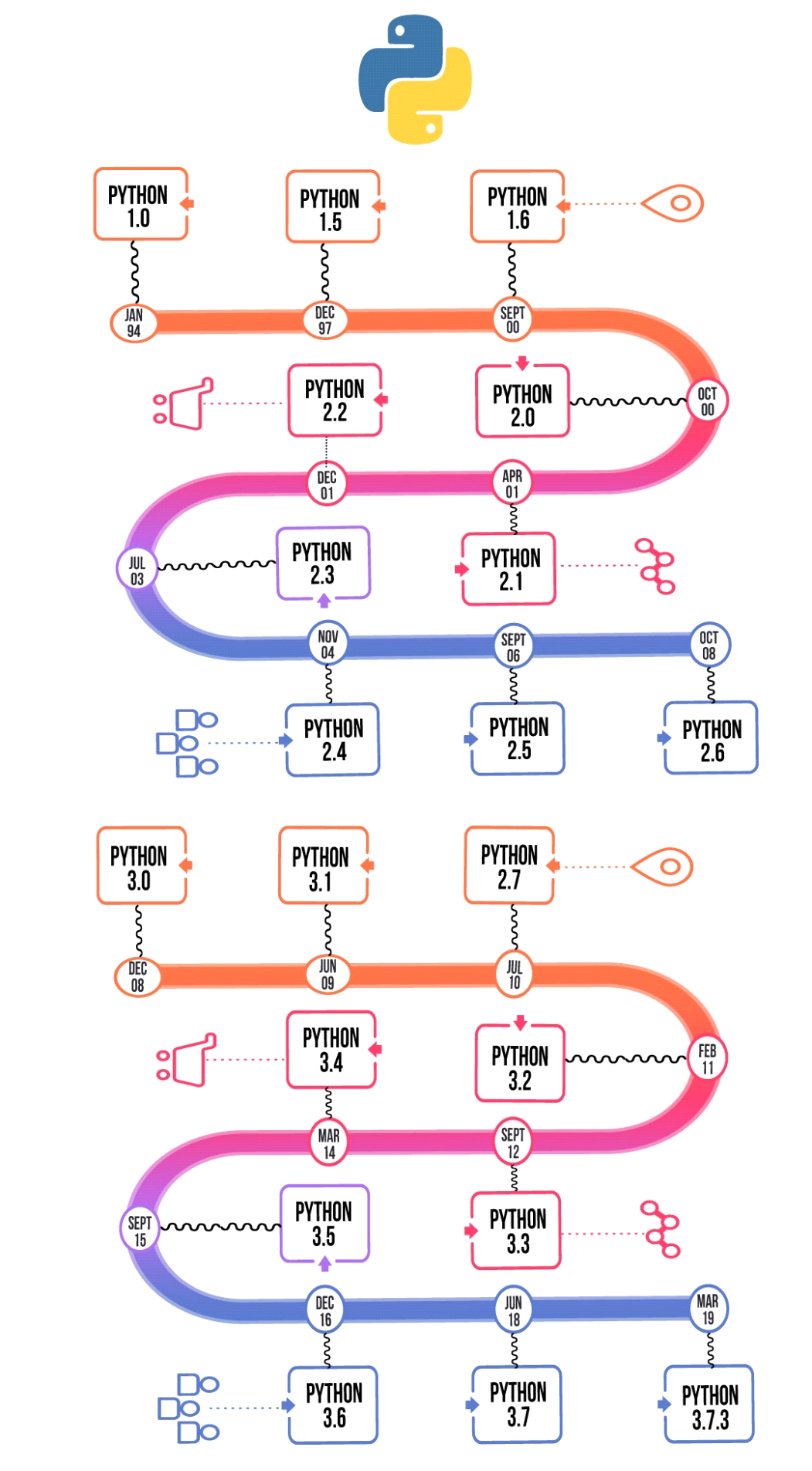 Python 2.7s end of life was postponed from 2015 to 2020 as the large existing set of codes could not possibly be converted to the Python 3.0 version in such a short period of time. The logo of the python looks like the picture below:

The two of the most used versions have to be Python 2.x & 3.x. There is a lot of competition between the both of them regarding how user-friendly both of them are.

For various purposes such as web development, scripting, software testing, this language is utilized. Due to its elegance and how simple it is, top technology organizations like Dropbox, Google, Quora, Mozilla, Hewlett-Packard, Qualcomm, IBM, and Cisco have implemented Python programming language.

Python has come a long way to becoming one of the most popular and most searched coding languages. It is mainly the sought language for the simple syntax and the fast language compilation occurs which makes the codes more efficient and easy to work with. The popularity of the Python language has reached its peak and the base for technology development in the near future. Python has been the basic framework for many web developing as well as the software setup.

The name "Python" represents a snake, and even the logo depicts two snakes, but the origin of the name has some British humor in it. Guido, the creator of Python, wrote in 1996 about the origin of the name of his programming language: "Over six years ago, in December 1989, I was looking for a 'hobby' programming project that would keep me occupied during the week around Christmas. My office would be closed, but I had only a home computer and not much else on my hands. I decided to write on an interpreter for the new scripting language I had been thinking about lately: a descendant of ABC that would appeal to Unix/C hackers. I chose Python as a working title for the project, being in a slightly irreverent mood (and a big fan of Monty Python's Flying Circus)."